Why is everyone visiting ‘The Ruins’ of this mansion in Negros Island? 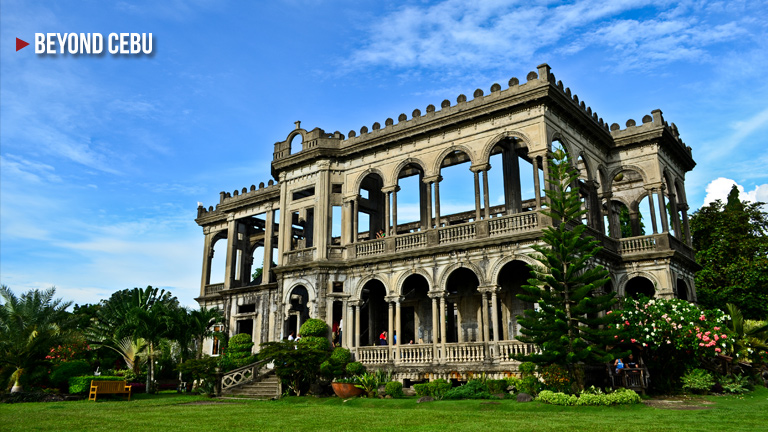 The most photographed place in Negros Island would be the remains of an ancestral home mansion located in the City of Talisay, Metro Bacolod. Dubbed as the “Taj Mahal of the Philippines” and commonly known as The Ruins, this burnt down mansion has become a popular tourist spot in Bacolod in recent years. Hundreds of people from all over the country visit this 440-hectare plantation everyday just to snap a pic in front of this once grand mansion owned by the wealthy family of a sugar baron in the early 1900’s.

Who used to live in this mansion?

The mansion was owned by Don Mariano Ledesma Lacson, an important and powerful figure in the sugar industry back in the Spanish Colonial period. Lacson built the mansion after his beloved wife Maria died due to complications after slipping in the bathroom while pregnant with his 11th child. Lacson wanted to immortalize Maria by “building a grand palace” in honor and dedication to Maria and their mutual love for each other. Completed by the early 1900’s, the mansion became a home for Lacson and his family and the generations that came after.

How did the mansion burn down?

After almost more than 50 decades since it was established, the mansion burned down.  The United States of America controlled the Philippines during the 1940’s and possessed important military bases in the country. When the Philippines entered World War II in 1941, the country’s guerrilla forces were ordered to burn the grand mansion down to the ground so as to keep the Japanese enemy forces from using it as headquarters. The mansion was set ablaze for 3 days, and all that was left after was the entire skeletal frame.

About 75 years later, we still get to see the remains, or “Ruins” of this mansion. We can step into the site, learn about the romantic origins of the architectural building, and take pictures of what remains of the place for only P100. (P50 for students and P20 for children.)