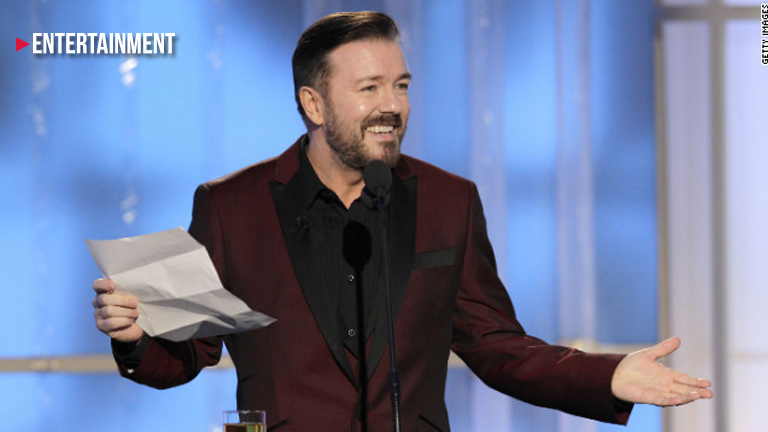 Ricky Gervais will be hosting the upcoming 77th Annual Golden Globes on January 5.

In a promo for the Golden Globes, the British comedian is seen spraying the camera with champagne. "As usual, you never know what he's going to do," the spot teases. Gervais said he doesn't plan to pull punches.

Gervais has earned a reputation for occasionally harsh humor as host of the Globes. He first hosted in 2010 and went on to helm the gig in 2011, 2012 and 2014. Gervais has said this will be his final time hosting the awards show.

"Once again, they've made me an offer I can't refuse," he said in a statement earlier this month when the news was announced. "But this is the very last time I'm doing this, which could make for a fun evening."