'Why you gotta judge me?' - JID Durano on his new single ‘Addict’ 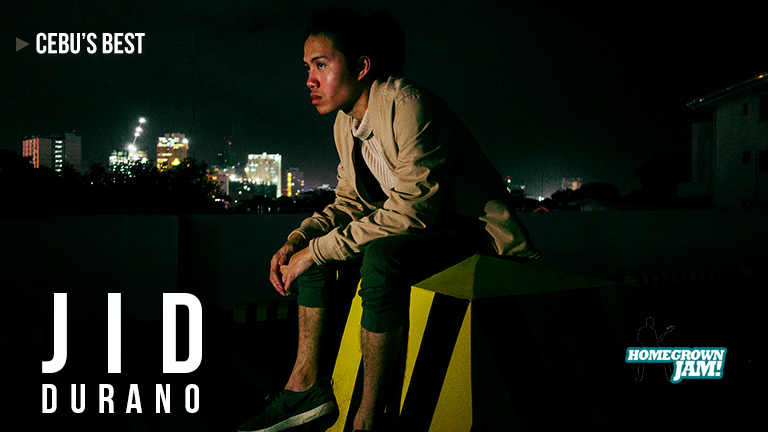 About two years ago, JID Durano made a name for himself in the Cebuano music scene after releasing his popular single, Lady.

The R&B song received significant airplay on Y101fm for more than a year since it was first introduced. John M called it a "lovely piece of music" and Chad the Stud thinks it's one of the most laid-back tracks he's heard that was produced locally. Along with his other singles, Rider$ and Issues, Lady cemented JID Durano as one of Cebu's most promising young artists

JID Durano has been making music since he was about 12 years old. The hip-hop artist said that he started producing his own tracks professionally only about three years ago. Now it's about time that he show the world what he's got hidden and reveal what other hits he's got in store. On August 2017, JID released a new single called Addict, which the young artist said he composed in less than 24 hours! "I made [the track] on the spot, made the beat about midnight and finished the lyrics the same day," he told the rhythm crew through an exclusive interview.

"Growing up I've been really the outcast. I really like to experiment and find something new and whenever I do, people have always misjudged my decisions. 'Addict' is basically about the feeling people get when they are being misjudged". According to JID, people constantly label him an "addict" just because he's into the hip-hop culture. People give him funny looks because of the way he dresses himself and the way he talks, and according to the lyrics of the song, the way he plays his music too loud. JID believes that his new track could become an anthem for those who get prejudiced, and for those who get misjudged right away.

Addict also talks about how hip-hop fans and musicians receive these misconceptions that they are illiterate and drug users. JID hopes to become the voice for those mistreated and misjudged, for those who've been wrongfully labeled as "addicts". Like what he said in the song, "Be true to your soul. Only God knows what we really do."

Listen to JID Durano's latest single Addict. It's available on numerous music platforms including YouTube, Spotify, iTunes, and Tidal. You can also tune in to Y101fm to catch the song play on-air! Only here on the rhythm of the city, Y101, Always First.