The Story Behind the Pictures: Y101ShowMeLove 2018 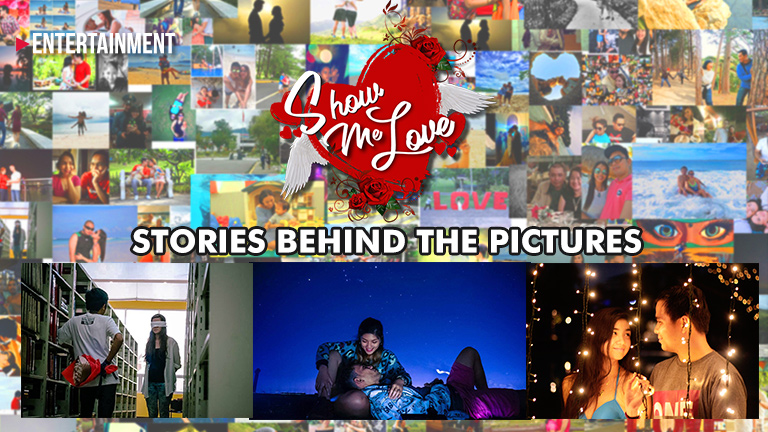 Earlier this week we wrapped up another successful Show Me Love promo by awarding the top 3 winners at the Pen Bistro & Café, The Greenery. Mary Catherine Codilla, who won this year’s 3rd prize, was given a gift certificate to a dinner for two and a spa treatment for her and her partner at the Marco Polo Plaza Hotel. The second prize was handed out to Deniece Cimafranca who will be staying overnight at Montebello Villa Hotel inclusive of a serenade with dinner and breakfast the next morning. And, Louie Antoon Abalo, who won the grand prize will get to treat his girlfriend of 6 years to a dinner for two, overnight stay, free breakfast and spa treatment at Crimson Resort & Spa Mactan. Plus, the winners will also receive some flowers from Ritz Flowers and Ballooons and a sunset cruise courtesy of Bucket Shrimp Cebu. Their romantic picture entries got them these wonderful prizes. Here’s the story behind those pictures.

Claire Codilla is Binibining Cebu Ms Lapu-Lapu 2017. She and her boyfriend Jolu got invited to a Mactan Island resort earlier this year for a little get together with some close friends. She brought along her DSLR camera to take nice pictures of her time there. That night her boyfriend spotted a bright spot at a distance. The two decided to investigate and brought along another friend to help them find out what it is. What they discovered was just a brick wall decorated with glowing string-lights. Thrilled about what they saw, Claire mixed up the settings in her camera so she could capture the romantic mood the place provoked. The friend took a picture of the couple and what came out is what Claire put it as, “the most romantic shot we ever have of each other”.

Deniece Cimafranca’s photo features her boyfriend Manuel lying down romantically in her lap. With matching blue sweaters, the couple stare at each other while the night sky is splattered with stars. Deniece and Manuel, who are both Hip-hop Cardio dance instructors, have been together for 23 months. Deniece says that she loves the mountains and Manuel would always take her up there especially when she feels down. One late night the couple decided to test out Manuel’s new camera. They went up Tops Lookout at 1 in the morning to take some stunning shots and see “billions of stars in the night sky for free”. Using the camera’s flash and timer, Deniece and Manuel took a romantic picture of themselves that won them the 2nd prize to Y101’s Show Me Love.

On Valentine’s Day 2014, Louie Antoon Abalo wanted to give his girlfriend Marian a bouquet of chocolates. He decided to surprise her. Louie asked one of his friends to escort Marian to the USC-TC library, a place of importance for the couple. Marian didn’t know what was going on more so when her face was covered with a blindfold. When she stood there unaware what was going to happen in between the bookshelves, Louie quietly appeared in front of her. Holding some Ferrero Rocher chocolates which he lovingly handmade into a bouquet. The couple’s friend took the opportunity to capture the romantic moment using the camera, which resulted a win from Y101’s Show Me Love 2018.

Louie and Marian are both teachers and will be celebrating 7 years of their love this May. Y101FM is happy to be a part of their romance. 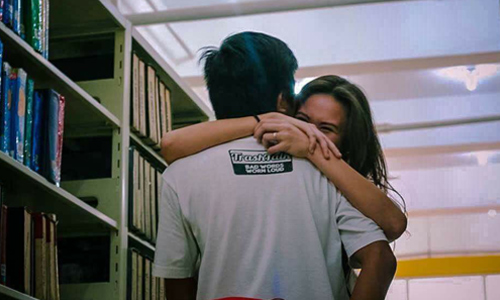