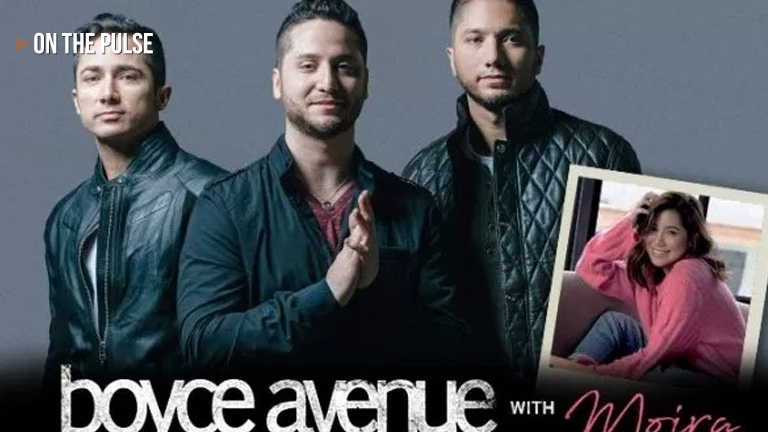 Boyce Avenue is probably the greatest acoustic band on YouTube, having performed classic and contemporary covers as well as their own original songs in the video streaming service since 2007. Consists of three American brothers; Alejandro Luis Manzano, Daniel Enrique Manzano, and Fabian Rafael Manzano have collaborated with numerous artists including Kina Grannis and Fifth Harmony.

This Saturday (June 2, 2018), Boyce Avenue will be collaborating with Filipina pop singer Moira dela Torre (‘Titibo-tibo’) as both artists perform a joint-concert at the Waterfront City Cebu Hotel starting at 8:00PM.

You can still buy tickets for the concerts priced at P4,000 for the VIP and P800 for General Admission. You can purchase the tickets through reservations - call 0917-888-2083 (Sean) / 0932-161-4771 (Godwin). You can also purchase the tickets at the Waterfront Concert & Events Counter, Ayala Concierge and at SM City Cebu Customer Service Counter.