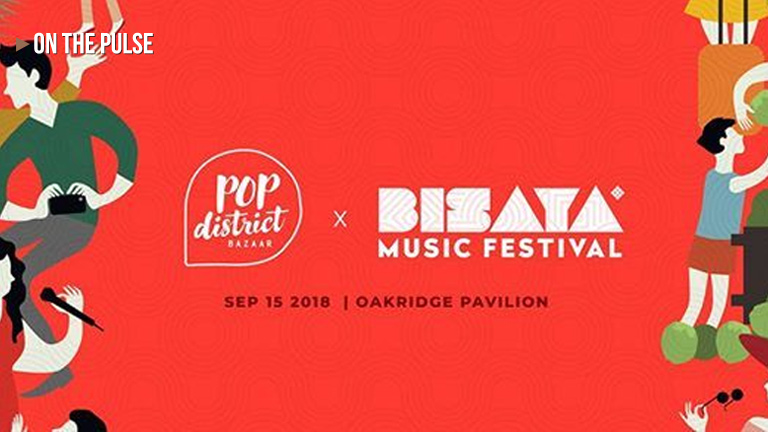 This weekend, September 15 and 16, 2018, Pop District Bazaar will once again set up shop at the Oakridge Pavilion, Mandaue City. This time, the bazaar which features different types of local start-up businesses including food and fashion, will occur jointly with the first ever Bisaya Music Festival. The two-day double event will celebrate Cebuano culture and is being dubbed as “The Best Weekend Ever”.

There will be over 120 tenants at the Pop District Bazaar this weekend. Local entrepreneurs from in and around Cebu will be selling products that range from food to lifestyle including handicrafts and apparel. Well-known bloggers and online influencers will also be at the event to sell their own products or to have a meet and greet with fans. Joyce Pring, the popular TV and radio host and an open-supporter of local culture, will also be in attendance as a featured guest at the bazaar.

Good morning! Pardon my bare fez, have some taho? ?

As part of its 3rd anniversary celebration, Pop District Bazaar collaborated with Jude Gitamondoc and his team to host the first ever Bisaya Music Festival at the expo. It will highlight Bisaya music and the talents of the local music scene. The festival will also showcase Bisaya films, rap battles, poetry and the culmination of the song-writing competition called Kanta Kasing-Kasing. Over 28 artists are set to perform at the Bisaya Music Festival including the Wonggoys, Carlisle, Junior Kilat, Mandaue Nights, Urbandub and many more.