Here are the Finalists for the first ever Visayan Music Awards! 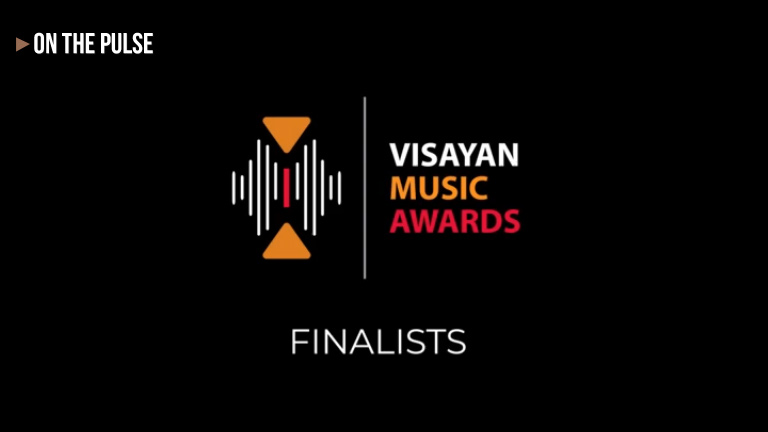 We are days away from revealing our Finalists! The past couple of weeks have seen us working hard with some of the industry's finest musicians and sound engineers to arrange, master, and produce our Finalists' songs for the big reveal.

One of them is Dante Tanedo, a Multi-Awarded Sound Engineer with numerous gold, platinum, and diamond awards to his name. He recently won in the 30th Awit Awards for Best Engineered Recording.

Whose songs were engineered by this master? Keep yourself updated and stay tuned as we soon reveal the Finalists of the first-ever Visayan Music Awards.

24-year old Ferdinand Aragon graduated from UP Cebu and is currently a freelance graphic and visual artist. He was inspired to write his own compositions after listening to a friend’s song play on the radio. After several unsuccessful attempts in songwriting competitions, he decided to enroll in a songwriting boot camp. His songs finally won top plum at Kanta Kasingkasing in 2018 and second place at PhilPop the same year. Aragon calls himself a storyteller, and wrote Matag Piraso in 3 weeks for the Visayan Music Awards. He says the song is for the brokenhearted wanting to pick up the pieces after the pain in order to love again. His dream is to have one of his songs used in a movie.

Know more about Ferdinand Aragon, Matag Piraso and the rest of VizMA’s finalists and their songs by following Visayan Music Awards on Facebook and Instagram and checking out the website www.visayanmusicawards.com.

Composer and singer John Stephen Cadeliña is an under grad in Civil Engineering and Interior Design. He finished a vocational degree in Multimedia Arts and is helping out in their family business while doing music gigs. He enjoys music arrangement but didn’t get to explore and improve his craft because of lack in training and the right equipment. He is currently working on a 6-track EP together with another musician Barry Villacarillo.

Lyricist Irving Guazon is a Computer Science Graduate from CIT-U. He is working for the Vice Mayor’s Office in Talisay City and is a member of an all-male Cebuano quartet, Sakdap. In 2015, he wrote his first composition with his cousin John Cadeliña for Vispop 3.0 and is currently working on ideas for a new song.

Natulog Mong Kasingkasing comes from Irving Guazon’s experience. It talks about seeing, after a very long time, the one who captured your heart. It speaks about wondering whether to rekindle the love between the both of you or to stay silent and keep your feelings to yourself.

HIT AND RUN
Composer: Neil Salarda
Lyricist: John Peterson Villarin
Singers: Chingkie Maylon, Markee, Jake Batiancela
Composer Neil Salarda is a graduate of Architecture from the University of San Carlos. His father was his music teacher. Neil is a pianist in Marco Polo hotel, a composer and arranger for various artists, a choir conductor and trainer, and the owner of Stereobytes Recording Studio. He started joining competitions in 2014 and wrote songs for church. His dream is to make a global hit.
Lyricist John Peterson Villarin is a graduate of Mass Communication from Southwestern University. He is a full time marketing officer but also does hosting and singing, teaches voice lessons, and organizes events on the side. Though he likes facing a crowd, his introvert side takes him to the seashore, mountains, or treetops when writing songs.
Singers Chingkie Maylon is a student of AB Music and is working as a process trainer in a BPO company; Markee is an Information Technology graduate and is currently doing TV commercial, print ad modeling and theater performances as part of 2TinCans Philippines; Jake Batiancela is a graduate of Medical Technology and is taking up Medicine in MHAM. The 3 of them started singing at an early age and are passionate about music. They were signed up individually to do Hit and Run, and found it challenging to sing together and complement each other’s voices. They love the song’s witty lyrics and catchy tune, and had fun working together for the first time.
Hit and Run comes from lyricist John Villarin’s experience. For the longest time, he hid his feelings when he fell in love for fear of rejection. It was when he met a girl who made him feel so special that he decided to try again. But they eventually parted ways without talking about it leaving him broken, wondering what he did wrong. He wrote the song for all who fall in love and assume feelings to be mutual, but are suddenly left hanging. Are you one of them?
LINGI-A
Composer: Melay Libres
Singer: Mix Fenix
Composer and lyricist Melay Libres is an Electrical Engineer currently balancing studies for a masteral degree with her music endeavors. She started writing compositions in high school and further honed her craft in college. Her VizMA entry, “Lingi-a”, had been in the closet for 2 years, waiting for the right time to emerge.
Singer Mix Fenix recently graduated in Arts Management and Cultural Heritage, and has roots in Bohol, Leyte, and Cebu. She started singing when she was 14, and considers singing Bisaya one of her toughest but passionate challenges.
Lingi-A talks about the longing for someone’s glance, even for a moment. That one eye contact could change everything, or it could simply be just a passing moment. Are you ready to fall in love when a glance becomes a stare? Or do you close yourself from being caught up in something beyond you? You decide.

Atty. Fritz Baguio was a pioneering graduate of the University of Cebu-Banilad College of Law. He is a practicing lawyer, real estate investor and stock trader. He considers writing songs as his first love but had to take a break to focus on his career. “Ngano”, his comeback composition, captures the irony and misery of a person who has been cheated on. Fritz looks forward to releasing more Visayan songs in the future.

Composer and lyricist Fr. Reymund Quitois a graduate of Philosophy from the University of San Carlos and Theology from the University of Santo Tomas. In between the 2 courses, he took up a year in Immaculada College of Music and focused on musicianship, songwriting and arranging in Dick Groove School of Music in Los Angeles, California. He made his first song at 13, had his first classical piano solo recital at 16, and became a member of the band Equinox. Fr. Quito is the moderator of Catechetical Arts Ministry and currently teaches in parishes, retreat houses and convents.

Singer Gail Blanco is a nursing graduate from Arellano University. She came from a family of musicians. Her dad was a singer-guitarist and her brother is a DJ. She started singing at the age of 16 and represented the Philippines in the 2013 World Championships of Performing Arts, bagging gold medals for Jazz and Gospel music. She is a vocal coach for ABS-CBN’s It’s Showtime, Tawag ng Tanghalan, and Idol Philippines and is the lead vocal for a 21-piece big band AMP under Maestro Mel Villena. She is working on an all original album with Bisaya originals.

Sama Lang Kanimo is inspired by the love story of Fr. Quito’s good friend who gave up on love because of her physical disabilities. She later found her one true love and ended up marrying him. She lived a blissful life until she recently succumbed to cancer. The song is a tribute to people who willfully and unconditionally love that one person forever, and inspires everyone to be faithful to their loved one.

26-year-old composer and lyricist Ramon Christopher Calam, is a graduate of Electronics Engineering from Xavier University. He is finishing his master’s degree in Microelectronic in MSU-IIT where he is also a Science Research Specialist. He learned to play guitar and keyboard in high school and was the instrumentalist for their choir in college. He started writing songs in college and entered every songwriting competition since 2016. None of his songs made it until this one.

Singer Aaron Domingo is a graduate of Fine Arts Major in Advertising Arts. He is a full-time musician and is passionate with his craft. He started singing in family gatherings at the age of 9 and is working on his first single which he will release very soon.

Ayaw sa Karon is a song dedicated to students struggling between studies and peer pressure. It comes from Ramon Calam’s personal experience when he was still in college. His friends would constantly go on drinking sessions even during exams week. In the end, he gave in because he missed their company and needed to let off steam. He and his friends eventually passed their exams, although not at the same time.

The artist behind Balitaw is a father-daughter duo based in Ohio, USA. Composer Yana Durado is a student in Ohio University taking up BS Communication major in Integrated Media Production minor in Film and interns at a local non-profit organization. She started making music when she was 10 using the guitar and ukulele. Growing up, music served as a medium for her self-expression. She looks forward to learning more instruments and building a home studio.

Lyricist Adonis Durado is an award-winning Cebuano poet, visual journalist, and graphic designer. He is a fine arts graduate from the University of San Carlos. In 2017, he received the Knight Fellowship from the School of Visual Communication from Ohio University. As a designer, illustrator, and art director, he has helped launch and redesign magazine and newspaper titles across continents and served as a speaker to design conferences all over the world. As a writer, his recent collection Pahinungod sa Di Hintungdan (To Whom It May Not Concern) was a finalist of the 2019 International Book Awards. He is a recipient of the 2017 National Commission for Culture and the Arts Writers’ Prize and the Lacaba Prize in 2000, among others.

Singer Atty. Georg Laurente is a graduate of BS Psychology and Bachelor of Laws. She works as a lawyer at a Regional Trial Court. She is connected with singer-songwriter communities and recording projects, does regular gigs in malls and hotels, composes songs, is a worship singer, and teaches voice lessons. She is a part of the band “The Georg”.

Vocalist 27-year-old Dane Smith is a busker/street musician. He took up AB Music and has been performing for more than 10 years, starting out as a percussionist for festivals and then shifting to solo acoustic acts. He is advocating for the growth of the busking culture in Cebu.
Both of them started singing early: Dane at 5, Atty. Georg at 3.

Balitaw was originally written by Yana in English and was later translated to Cebuano with lyric revisions by Adonis. The song’s inspiration stemmed when Yana had a crush on someone, and she felt like serenading him. The song’s poetic and metaphorical connection between love and music will make everyone want to fall in love.