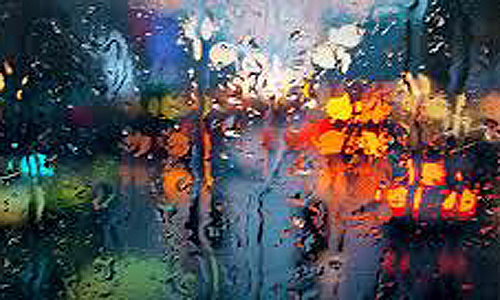 In the middle of this year, it was no less than the Mayor of Cebu who declared that traffic in the Banilad-Talamban area was getting worse and out of control.

Many factors were identified as the cause of traffic. These factors include the center islands, too many left turns, the lack of road shoulders, and the road users lack of discipline, was among what was mentioned. The city government sought help from the provincial government to aid them in solving the problem. The Mayor also assembled 18 members of the BanTal Traffic Management Board; this consists of businessmen with business interests along Talamban, Banilad, Kasambagan area, barangay officials, Land Transportation Office, Cebu City Police Office, CITOM, and more. To this date, the traffic situation is still the same.

The current solutions in place are not enough. We do not feel that there is an improvement. As a matter of fact, it is getting worse. I wish I could say that the solutions on the table right now are Band-Aid solutions but they don’t even come close. Taking over CITOM is not the answer. We need qualified leadership in that area. The BanTal Traffic Management Board is tasked to gather everyone together and pressure the national government and DPWH to do something about the BanTal area, like widening of the road, and to think of other solutions to the problem.

Seriously? We need more than pressure and ideas in this dire traffic situation. Is the local government saying that they cannot do these things themselves? Isn’t this why we have a local government in the first place?

In fairness to the Mayor, he has not neglected the problem and identified that the BanTal traffic situation needs more attention now more than ever because it is getting worse. However, there are certain possible solutions that the government does not want to explore. For example: the control of vehicle using the area at a certain time of the day is the most immediate solution right now. This will require people to use public transport and leave their cars at home. We need expert’s advice. We have no time for grand standing from people who have no idea what they are doing. Last but not least, funding for road adjustments, alternate routes, and a good, reliable public transportation.

The solution to the problem is simple: We need a leadership who can get the right data and information to be able to produce a well-studied action plan.  A political will strong enough to enforce the action plan, and a political connection deep enough to persuade (not pressure) the big boys in the government to aid us (not solve) our problems. Urban planning is the long-term solution and it is a huge task, we have to start now. There is a saying that goes “we can not give what we do not have”. Let us all take a moment and ponder on this saying every time we are stuck in the worsening Banilad Talamban traffic.