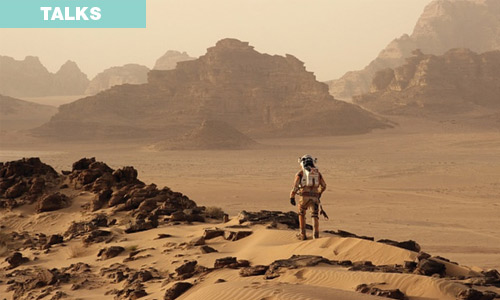 Check out Jiggy Jr’s tweet and find out what it’s all about!

Yesterday, Jiggy Jr shared to Twitter an article about the race to land a human on Mars. Even the host of Earth’s Jiggy in the Morning wonders what’s it’s like to see the sunrise from the red planet.

Last month, Elon Musk, founder of the SpaceX program spoke at the 67th International Astronautical Congress in Guadalajara, Mexico to unveil plans for the colonization to Mars mission including details about the technology and vehicles that will be used.

SpaceX sees the first passengers making the journey by 2027 if development continues without major setbacks. SpaceX aims to ferry 100 to 200 passengers on every vehicle leaving Earth to build a self-sustaining Martian city within a hundred years. Can you even imagine what mornings in Mars are like!?

Elon Musk says the main reason he has gathered his wealth is so that he can fund his Mars ambitions. The entrepreneur wants to turn humankind into an interplanetary species to ensure its survival should a cataclysmic event occur on Earth.

There’s no way a zombie can fly a spaceship and chase us to another planet.

Do you think colonizing Mars is a good idea? Would it be cool to have penpals from Mars? Share your thoughts to Jiggy Jr, and lock in to his show, Jiggy in the Morning, every Mondays to Fridays at 6am to 10am. Only here on the rhythm of the city, Y101, Always First.