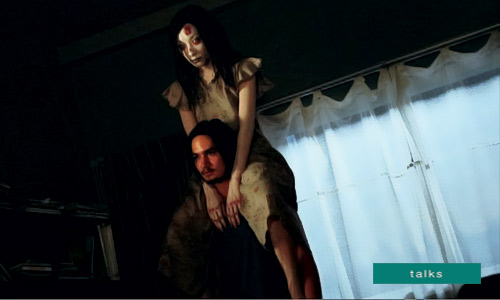 John M of the Afternoon Drive and Mark O of Bootleg Gold share their favorite horror movies of all time!

It’s the time of the year again when it’s best to get spooked! If you’re planning to do a horror movie marathon this Halloween, two of our rhythm crew, popularly known as rockers of the station, share their favorites. Check out and rent download these scary flicks you’ve probably never seen before!

The first of the Amityville franchise, the 1979 horror film was based on 1977 novel of the same name, which is based on the real-life paranormal experiences of the Lutz family in Amityville, New York in 1975. The Lutz family claimed to have been terrorized by paranormal phenomena while living in their “Amityville horror house” which was a site of a horrible family massacre a year before.

Not to be confused with the 2008 U.S. remake, the original Shutter movie was made in 2004 in Thailand, a country, that’s already scary. In the movie, a couple accidentally hit a woman on the road when driving home. Amidst their panic, they decided to leave her on the road. After the incident, one of the couples soon discovers strange shadows showing up in the pictures he takes. The movie was so good that it spawned not only an American remake but an Indian one too!

The 1976 Omen film is often cited as one the best horror movies of all time! (Also one of the scariest). the film concerns a young child adopted at birth by an American ambassador when his wife didn’t know her child was stillborn. Unbeknownst to the Ambassador, the child he adopted was the Antichrist, and his life was later surrounded by mysterious and ominous deaths! Imagine the real Antichrist being born on July 6, 2006 (6-6-6), that’s basically what the 2006 remake of the film is, but is not half that good as the original.

As a horror film purist, even I can attest that this 2013 supernatural horror flick is one of the best horror movies of this decade so far. The Conjuring could have easily just been another possession move, but the impressive direction kept it from being so. It’s one hell of a scary film that some people still refuse to see. So it’s time to check that one out!