Y101talks: What Could a Donald Trump Victory Mean? 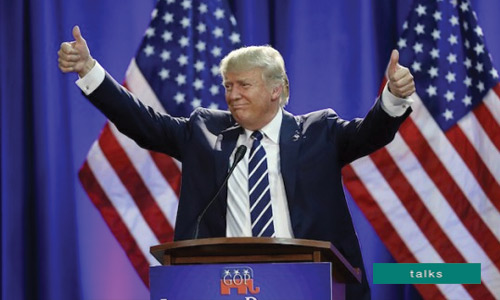 “Welcome to the Great Wall of America, paid and built by Mexico”

John M of the Afternoon Drive is surprised that Republican candidate Donald Trump is leading in the electoral votes during the U.S. elections Tuesday.

Trump didn’t do well in the previous polls and it looked like it was a lock-in for a Hillary Clinton victory. But surprises have always been there, and some surprises can unnerve everyone.

John M personally thought America would be ready for the first woman president. But because the U.S. is a democracy, the American people have decided who they wanted and the orange results are showing.

Now, what would happen if Donald Trump wins?

Maybe it’s too soon to panic, but John M thinks it’s going to be fine. Although Trump is as unpredictable as our own President, his businessman charisma would come in handy when it comes to foreign relationships.

John M thinks that a Trump America will have a great relationship with Russia and to which country behind its back. Hopefully China, the Asian Power, will also make progressive relations with a soon-to-be United States of Trump too. Imagine Russia, China, and the U.S. working together. That would only mean one thing.

Join John M every Mondays to Fridays on his radio show The Afternoon Drive (2:00pm to 6:00pm) only on the rhythm of the city, Y101FM, Always First.