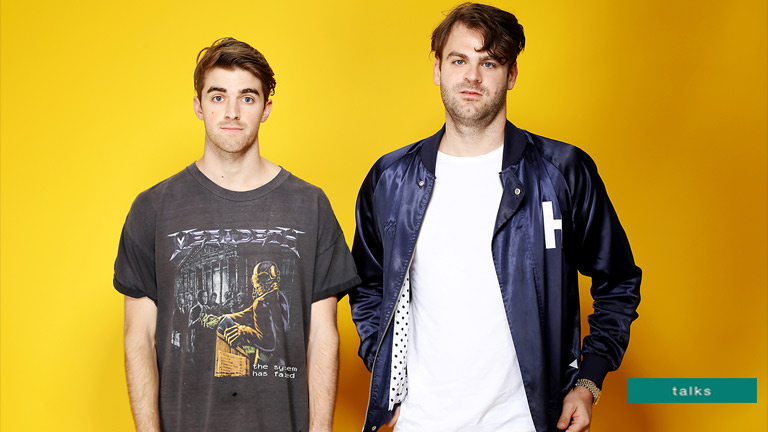 “Nowhere in recent history is so apparent that one song dominated the radio in a single year.”

Jiggy Jr has been playing Closer by The Chainsmokers featuring Halsey on his radio show, Jiggy in the Morning, all year since it was was released in July 2016. The electro dance pop song was also the most requested song on Jiggy’s morning show.
{youtube}PT2_F-1esPk{/youtube}
“It’s pretty clear that Closer was the song of 2016. Nowhere in recent history is so apparent that one song dominated the radio in a single year.”, Jiggy Jr said.

If you look back at the hits of the past years, you couldn’t pick only one song to define a specific year. In 2015, the song of the year could be Uptown Funk by Mark Ronson or Hello by Adele. In 2014, it could be Pharrell Williams’ Happy or Meghan Trainor’s “All About that Bass”. And 2013 proves more difficult because Macklemore’s Thrift Shop”, Robin Thicke’s “Blurred Lines”, Lorde’s “Royals” and Miley Cyrus’ “Wrecking Ball” are all eligible to be considered the song of 2013.

In 2016 however, only one song dominated the airwaves. It was Closer by the electro duo The Chainsmokers that consist of Andrew Taggart and Alex Pall.

When asked why it was the song of 2016, Jiggy Jr explained that it’s because Closer is so simple, so catchy, and so relatable. A very great formula in making a memorable pop song.

“One of the reasons it’s popular is because of its relatability. Music, or art in general, is all about being able to relate to the audience”. In Closer, Jiggy pointed out how the lyrics talked about problems any millennial can relate to. The context of the song talks of something so mundane or simple that anybody can experience it themselves.

Jiggy Jr says that the song is so unique and so intimate that you feel the song could be about you. “The song is so real, so authentic that you know that it can actually happen to anybody. That’s why I think people like the song so much”.

Catch Jiggy Jr every 6am to 10am Mondays to Fridays on his radio show Jiggy in the Morning. Only here on the rhythm of the city, Y101, always first.