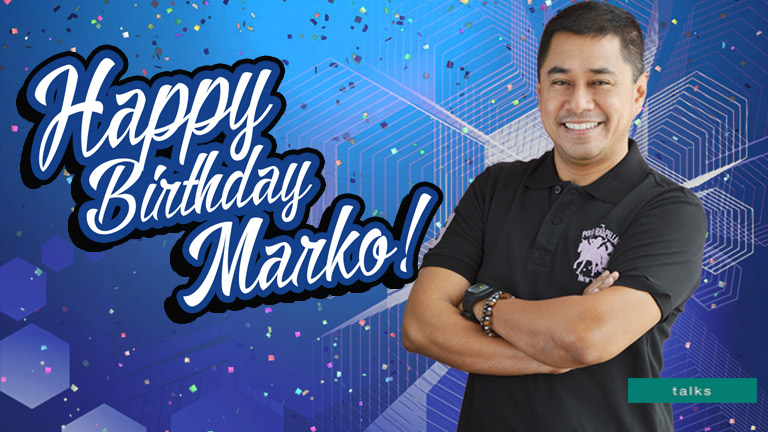 Marko is one of Y101’s most hardworking individuals who tirelessly commit himself to his work. Now it’s time for him to cut off some slack, cos for the second time in his life, Marko finally turns 22.
{youtube}JAgSwnBRZRQ{/youtube}

The whole rhythm crew would like to greet the coolest station manager in the world a happy birthday! The mad genius behind Bootleg Gold, the show that brought classic rock back to radio, and the dude who geeks about comic book superheroes around the office. Marko is definitely one of the best.

John M of the Afternoon Drive advises that you be as young as you are, and warns that “you’ll get there”. K, Y101fm’s web manager thanks you for your undying support and inspirational leadership.

Chad the Stud of the Midday Vibes blesses you with good health and wishes you a song dedication from your ALL-TIME FAVORITE movie, Bagets.
{youtube}y-cwrC_Ktpg{/youtube}

Here’s to a another year of success, health, and happiness to you Marko, the immortal teenager. Happy birthday!