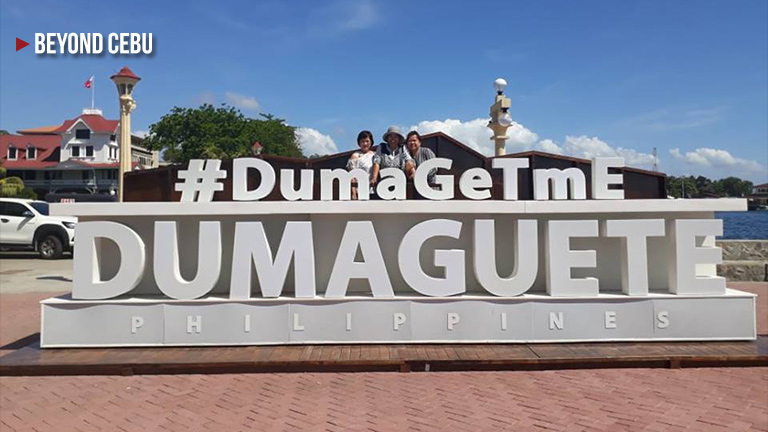 Dumaguete City, also known as “The City of Gentle People”, is the capital of Negros Oriental, an island away from Cebu City and Siquijor. The city is a gateway to a number of tourist attractions and scuba diving destinations that has captivated local and foreign tourists from different parts of the world.

Rizal Boulevard, a popular attraction of the city is visited by many tourists and locals at any time of the day. It contains benches where people can sit to look at the sunrise or sunset as boats come in and out of the nearby port. Tourists and visitors also visit the boulevard to take a souvenir photo from Dumaguete’s new tourism signage, #DumaGeTmE before heading home.

Don't be afraid to travel alone... Not all who wanders are lost ? #aloneyetneverlonely#rizalboulevard#dumaguetecity#dumagetme

For months after its launching, many people have been criticizing the signage but city officials defended its adoption. According to Dumaguete City Mayor Felipe Antonio Remollo, the #DumaGeTmE is a product of a historical study which was conducted for a long time.

#DumaGetMe was chosen as the official hashtag because the word Dumaguete was derived from the Cebuano word “Dagit” which means to snatch or take away. They believe that the beauty of Dumaguete would take away the hearts of its visitors and make them fall in love with the city. City Tourism Officer Jacqueline Veloso Antonio explained that #DumaGeTmE, with capital letters D G T E is done on purpose as part of the city’s marketing campaign.

Through the years, the city has captivated the hearts and minds of tourists and visitors who come to Dumaguete City. According to Antonio, when tourists and visitors leave the city, they would usually say “nadagit gyud ko sa Dumaguete” (Dumaguete got me).Thus, the hashtag #DumaGeTmE. Now, it is a challenge not just to the city’s officials but for Dumageteños to fulfill the city’s branding into further capturing the hearts and minds of its visitors.