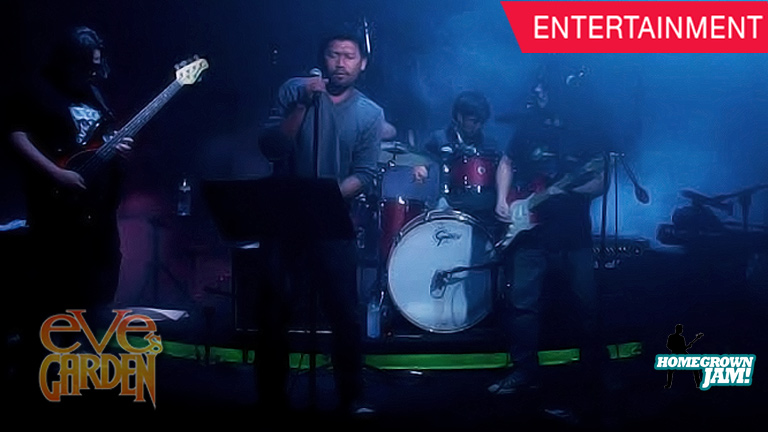 The best hard rock supergroup in Cebu next to Franco.

Last 31 March, Y101 threw a party at The Emerald Pub & Grub featuring classic rock music from three of the best rock bands in Cebu. One of which was Eve’s Garden who proved to be a major force in the local music scene with their electrifying performance tearing up the roof the night they played.

Eve’s Garden was one of the best players during this year’s Bootleg Gold Live series. And we’re happy to invite them again.

Somewhat of a supergroup akin to Franco, Eve’s Garden is a band consists of members from other already established bands in Cebu and one from New York. Drummer Wiggy Colmenares formed the band in 1997. It was initially called Stone Free. He enlisted Ric Villanueva to be the bassist in the group and Randy Pages of Cuarenta to be the guitarist. Later Dondon Luche of Bad Baby became a second guitarist and Bien Lobetos replaced the original vocalist.

The band had a good run in the late 90’s, but eventually disbanded when Wiggy left for the U.S. to join the New York band The Glorious Veins.In the recent years however,Eve’s Garden performed some small reunion gigs, albeit rarely since most members belong to other groups anyway. They’ve even added two new members such as bassist Jay Young of Joint Project and drummer Ed Catalan of Bad Baby.

While the band members treat Eve’s Garden as a side project, they recently decided to concentrate to make it have its own unique blend of blues and rock and roll. They’d still perform their classic rock roots as well as pen original material!