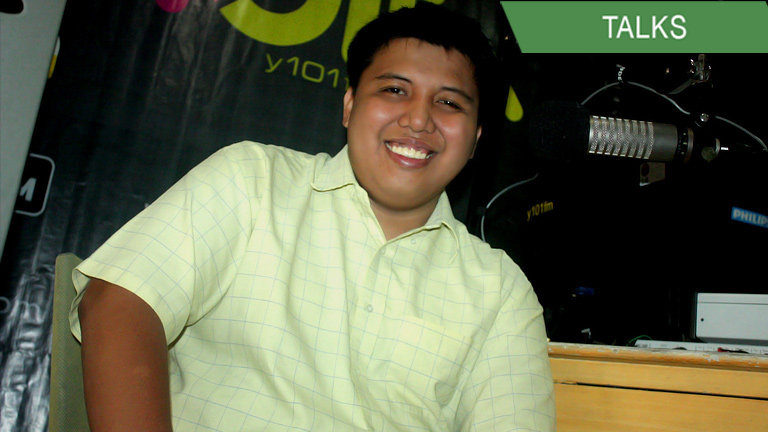 Frankie and his dad are ready to share a meal this Father’s Day!

Frankie is the new host of the Afternoon Drive. He will be commandeering the board every Tuesdays, Thursdays and Saturdays, 2:00pm to 6:00pm. Let’s get to know more about Frankie, but since it’s Father’s Day, let’s get to know about his dad as well!

As you may know, most of Y101’s rhythm crew are already dads with children of their own. So they’re likely celebrating a little R&R right now this Father’s Day. Luckily for you girls out there, Frankie isn’t a father yet. And just because he isn’t one,  doesn’t mean he can’t celebrate it either. This Father’s Day, Frankie and his dad will celebrate by sharing a family meal together!

“Homecook food is the best, especially when you get to share it with the family. I think when we eat, it’s not just about the food; it’s about what we talk about as well. It’s really about spending time together on the table”.

You see, Frankie’s dad is a great cook. He used to be in the shipping business but he should have been working behind a restaurant kitchen instead. Frankie says that his dad has this certain way of cooking that’s uniquely his. One of the best food his dad makes is sinigang baboy (pork stew). Frankie says he tried different sinigangs from different restaurants ,but his dad’s recipe beats everything by a mile.

Frankie’s dad also dries his own fish at home. It’s different, Frankie says, because it has its own distinct taste that only his father could make. Frankie has always wanted to get his dad’s buwad recipe, but he admits he never had the time to ask him. Maybe this Father’s Day, when he and his dad eat at the table, Frankie will finally get to convince dad to teach him how to cook like a master!

Frankie is the new member of the rhythm crew. Aside from his Afternoon Drive stint, he will also be manning the All Night Live on Wednesdays (10pm – 2am), Party Patrol on Fridays (8pm to 12am) and Sunset Cruise on Sundays (6pm to 10pm).